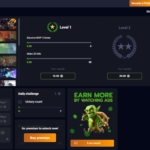 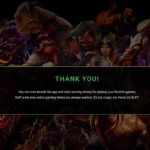 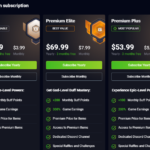 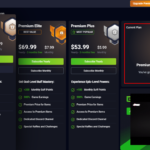 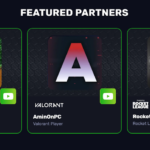 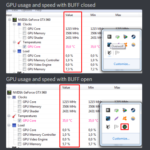 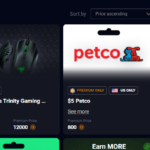 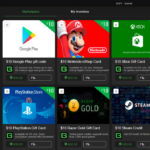 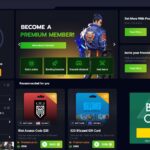 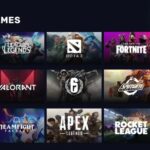 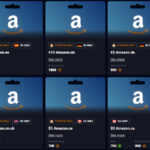 Buff is a popular loyalty platform for gamers with its own coin-economy, reward system and marketplace. Get an inside look at how this loyalty program app operates.

Starting with a desktop application, they later proceeded with mobile loyalty app development as well. Over 2 years, Buff has become a real market player with millions of users and thousands of transactions daily. The app has its own coin economy, exclusive loyalty programs, reward system & marketplace.

To start using Buff, players have to register and download the program or app, depending on the device, and allow it to run in the background and just play video games supported by Buff. The program then scans the gaming performance, using the power of Overwolf API, on which Buff is developed.

For instance, a decent KD ratio and general success in playing games will reward more coins and vice-versa. After accumulating enough coins (the main currency of Buff), players can then exchange them on Buff’s marketplace for digital goods or services, various gift cards, electronic gift cards, and much more.

When it comes to the list of available titles for both PC and mobile devices, you’ll find some of the most popular PC games (and maybe your favorite PC games) on Buff.game.

Even though Buff hasn’t been around for a long time, they are continuously expanding the game list, which means we’ll see many additions in this section in the future.

Buff has several reward options you can redeem your coins for, including:

5. In-game currency for games like Apex Legends and League of Legends

The gift card variety is pretty decent and includes options like Amazon, Domino’s, XBox, and Steam. It costs 600 Buff coins for most $5 gift cards. Most other rewards like Steam codes or in-game rewards are around 900 to 1,500 Buff coins.

To begin with, Buff has been developed on the Overwolf platform, making it credible and genuine, mainly because Overwolf only associates with legitimate businesses.

When it comes to data and privacy concerns, Buff only requires gaming and performance history, which is then kept anonymously on the cloud to provide coins and rewards.

Furthermore, according to the Trust Pilot, Buff has a very high rating with a few thousand reviews and the status of a verified company.

Another feature is the Buff Premium, which comes as a monthly subscription, starting from $2.99 to $7.99 and unlocking various perks.

Depending on which premium subscription you get, some of the perks you can get are:

Honestly, Buff Premium isn’t worth it since many gift card rewards are usually out of stock. And, 50 free Buff coins is barely worth any money, so paying $2.99 per month will not make you any profits, it is considered more to be a support meassure for the platform.

So far, nobody could find any concrete evidence that could make Buff suspicious of some illegal or disreputable activities, although there have been speculations from many Reddit users and Youtube comments.

According to the Buff official statement, the only way they are profiting is through ads and monthly subscriptions. So that’s why you see all these ads (which are not that annoying, btw) in the program and app.

Furthermore, Buff does not sell your data to any third parties, which would be very illegal and destructive to their reputation.

Not to mince words, but Buff.game is a genuinely legitimate and safe service, which anyone can use without worrying about losing data, money, or their device being used for crypto mining.

There are only three ways to reach Buff: the email contact form on their website, through social media, or via Discord. Although this is far from ideal, every single gamer knows how well Discord servers are organized, so perhaps this is the best bet when it comes to seeking assistance through customer support on Buff.

their official Discord server has Support channels in English and Spanish, which is not bad, but additional languages would be great.

The Discord support is pretty accommodating and prompt, so any issue will be solved in a quick matter.

conclusion
At the end of the day, Buff games can’t be used as an income source, but it can offer a convenient way to get some extra rewards for free while you’re playing games, which is still better than earning nothing.
It’s still the best service available where you can earn skins, in-game currency or real money just by playing it!
If you set realistic goals and focus on playing games instead of making Buff coins, you’ll even forget how many coins you have accumulated, only to realize one day that they have accumulated so you can exchange them for rewards.
pros
Numerous Reward Options
Many Available PC Games
Most Popular Games
Free to Use
Passive Earning Opportunity
cons
“Out of stock” Rewards
Slow Earnings
Limited Mobile Games
Geo-blocking
7.5