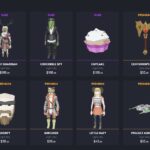 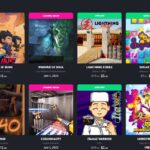 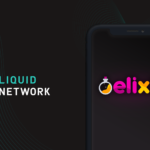 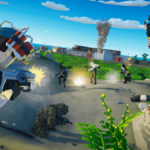 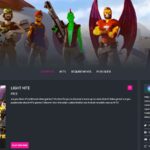 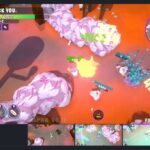 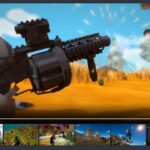 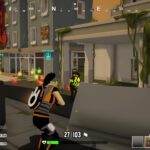 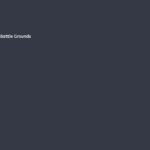 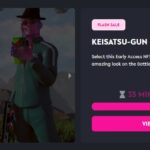 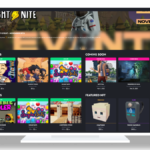 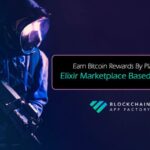 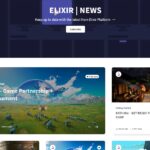 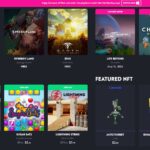 Game studio Satoshi’s Games has launched their own NFT marketplace called Elixir Market. On Elixer Market you can play games that reward players with cryptocurrency. You can also trade in-game assets from for example Lightnite, the battle royale game that also taps into Bitcoin.

Elixir Market runs on both Liquid Network and Lightning Network. Satoshi’s Games uses Liquid to store NFTs, and give players ownership over in-game items. At the moment players can only store their skins and outfits for Lightnite. But that will change in the near future.

In addition, the marketplace uses Lightning Network for all forms of payments. That means that transactions happen fast, simply by scanning a QR code using a smartphone. Again, it’s the same technology used by their battle royale game. Elixir Market is worth checking out, specially their top game LightNite, a first person shooter that rewards players with satoshi for shooting enemies.

In the Elixir Marketplace, NFTs use a transparent and secure digital ledger-based blockchain to identify digital items and digital assets in the game. Many of the game companies are focusing on NFTs as the latest way to make money while enabling players the opportunity to own items and initiate transactions.

This structure is the perfect example of players getting paid to play games. LightNite is one of the game that originated from Satoshi’s games. This game adds a new level of interaction called Bitcoin Microtransactions, which means players can instantly earn bitcoins when they complete tasks and shoot their opponents. Every in-game asset possesses a real value that players can trade or gift, giving them the feeling of having control of their gaming world.

Elixir Launchpad provides a first-of-its-kind ecosystem to incubate new Web3 games in the format of an IGO (Initial Game Offering). Elixir’s DeFi Hub provides gamers and developers with a seamless experience that addresses all gaps in the current Web3 game market.

Users of Elixir are not just avid players of quality games of all genres with a decentralized mentality, they are first class citizens of the Web3 Gaming Ecosystem, and thus enjoy special rights to join the token sales of top games joining our Launchpad, as well as airdrops of all games being distributed through Elixir.

LightNite is the top game of the Elixir Platform and received amazing feedback from the GameFi community. LightNite is a multiplayer battle royale third-person shooter title with in-game bitcoin rewards and a beautiful, minimalistic and cartoonish design. Bitcoin microtransactions add a new level of interaction, as players can earn bitcoin instantly when they shoot opponents and withdraw balances whenever they wish.

All in-game items have a real value that players can gift or trade, allowing them to feel in control of their gaming world.

This marketplace uses a technology called Liquid Sidechain, which is also known as a settlement network for exchanges and traders, producing faster and confidential bitcoin transactions and issuing digital assets. This marketplace platform also makes use of Lightning Network, which is a Layer-2 protocol that can function faster and execute bidirectional transactions, thus, it allows players to bring money in and out of the network.

In the near future, Elixir Marketplace is planning to become part of Satoshi’s games. This will allow developers to develop and publish games with many features such as asset tokenization and bitcoin micro-rewards. These features are already being initiated in the game called LightNite, thus, the fans of the game would have insight and assurance over these types of bitcoin-based games.

As time moves further, many developers will instantly understand the benefits of a new economic model which was built on the futuristic digital currency, which enables a high level of mobility and freedom for the users.

At Satoshis Games they care about fairness and understand the different incentives and roadmap behind each of the participant’s wallets. For that reason, they developed a Fair Distribution Vesting model that allows users to buy tokens for the price which arises from initial liquidity or is very close to it.

The main goal of this anti-bot model is to disable liquidity snipers from the very beginning when liquidity is added to the pool. The system works by placing orders in which the user sets the price they want to pay for the tokens as well as the maximum price they are willing to pay. These orders are then pre-funded and automatically filled. After all existing orders have been processed, the distribution phase begins.

Put your $LXR to work for you by sending them to the Alchemy Cauldron, which are vaults where $LXR is staked. The staking strategies is optimised for $LXR holders and liquidity providers. A number of different vaults are available for different promotional services with other web3 games in Elixir. They also developed a Staking Earnings Calculator to maximise the predictions and ROI utility of the staking vaults, which can be used inside the Elixir Platform.