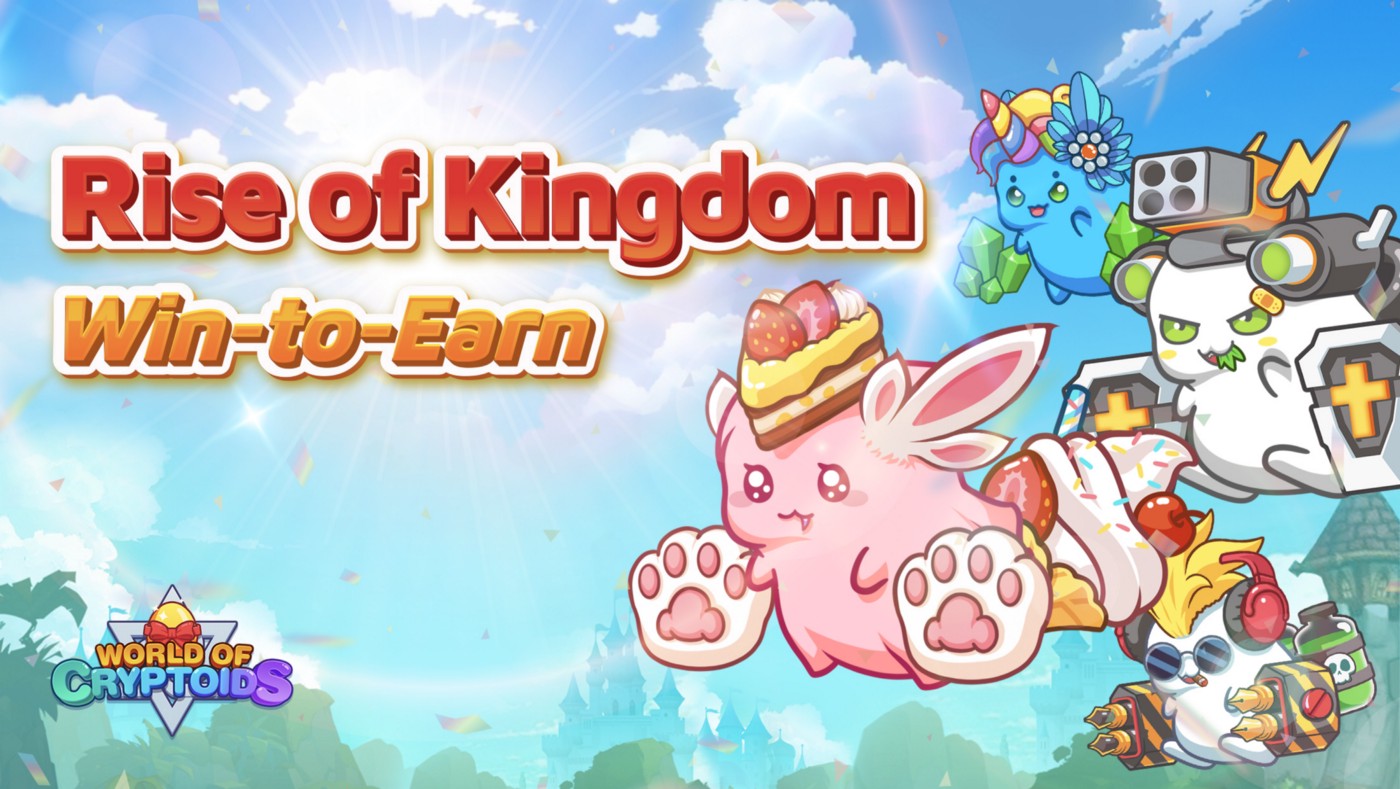 Building a sustainable game ecosystem has always been World of Cryptoids’ goal. Today, they are happy to announce Rise of Kingdom: Win-to-Earn, a whole new model that will help WoC to reach that goal. This new model encourages players to win in order to earn. Rise of Kingdom: Win-to-Earn features a series of changes to the core game mechanism, including Adventure, PVP modes like Arena and Ultimate Challenge, general gameplay and marketplace. In this post, we will explain every update in the new Win-to-Earn model, so you can prepare yourself for countless wins in Cryptoidia!

Cryptoids rare upgrades are straightforward. Your rare parts will now provide extra stat bonus, and your cards will be directly buffed. For example, the card Melted Cheese will now have 115 attack instead of 105. As for the rare part upgrade, the game now uses the formula below:

Rare parts essentially give better stats than normal parts, making your Cryptoids stronger. As you can see in the table below, a rare part simply has double the stats of normal parts, so you will to include as much rare parts in your build as possible.

Now that we know rare parts have better raw stats, we can try to apply that in our calculation.

Like rare parts, breed count is also another tool to give your Cryptoids more stats. Breed count refers to the amount a player has bred. You will get extra stats depending on how many times you have bred on the marketplace. The table below shows how much extra stats you can get as you keep breeding.

It is important to note that both rare part upgrade and breed count are innate mechanisms, which means the game will automatically adjust your Cryptoids’ stat should you acquire a rare part or breed in the future.

Energy and Tickets are two separate costs of entering a game which are often spent together. Energy is deducted upon entering Arena and gaining Adventure wins. As for Ultimate Challenge, it’s free entry — no energy will be deducted regardless if you win or lose. In the past, energy was bound to the player, but now they changed it to a Cryptoids bound system. Your Cryptoids now have their own energy and tickets, which means you can plan your team comp more flexibly without having to worry about spending unnecessary energy and tickets.

The ticket system also comes with a friend support mechanic — if you manage to get 10 friends to accept your support invite each day, you will get one more ticket. If you have rented out your Cryptoids, and your rentee gets 10 support, that Cryptoids will also get the bonus ticket.

In Rise of Kingdom: Win-to-Earn, the three major modes are also updated. Adventure will be returning with a whole new gameplay. This time, you will explore different planets in the Cryptoidia universe, but the goal remains the same: fight for a better tomorrow for Cryptoidia. The epic adventure is not the only thing that returns; you can now earn mCGC in Adventure mode again.

A table of earning in Adventure

Arena will be welcoming Season 3. Season 3 will be live on April 22 at UTC 05:00, introducing a new league system. You will now be ranked in Arena Season 3, from Iron to Mythic. With new ranks, there also comes new methods of ranking.

All ranks earning in Arena S3

There are a total of 8 ranks, with Iron being the lowest and Mythic being the highest. Each rank has different tiers, with 1 being the highest. You will climb through the ranks as you beat more opponents in Arena, earning more rewards as the season progresses. Being a higher rank allows you to flex on your friends and opponents, but more importantly, you can earn more at a higher rank. Your earning in Arena depends on your rank and breed count. A bronze 3 player with 1 breed count will earn 19 mCGC per win, but a Master 1 player with 4 breed count will earn 43 mCGC.

World of Cryptoids will be removing the countdown time in Ultimate Challenge for better gameplay. As a result, Ultimate Challenge will no longer feature the last winner and longest win streak. You can only earn by beating your opponent and winning the lucky draw after the battle. The matches will also now be divided into three different rooms with a respective cost of 10 mCGC, 50 m CGC and 100 mCGC. Winning in these rooms will reward you 16 mCGC, 80 mCGC and 160 mCGC respectively.

Lastly, World of Cryptoids is also revamping the claim system and the battle system in Rise of Kingdom: Win-to-Earn.

Many players have voiced their frustration about the “miss” system in the battles. To reduce the frustration, the miss chance is now reduced to almost zero, which means you will almost never miss in your battle again.

World of Cryptoids believes that “Win-to-Earn” can create a new era of Gamefi through promoting competitive gameplay and a healthy ecosystem. With Rise of Kingdom: Win-to-Earn, the gameplay and ecosystem are even more tied together, so you’d have a good time playing the game and earning while you’re at it. At the end of the day, they wish to win with you, earn with you. 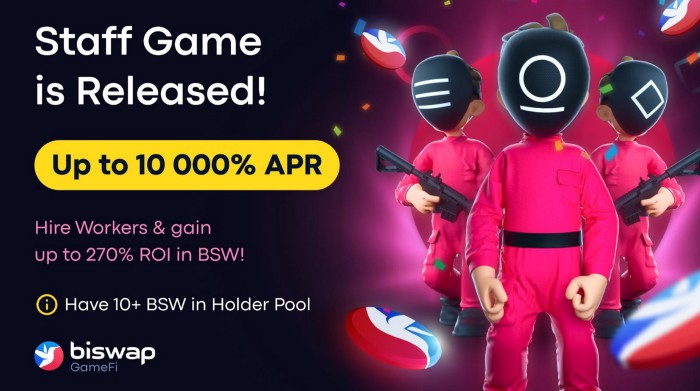 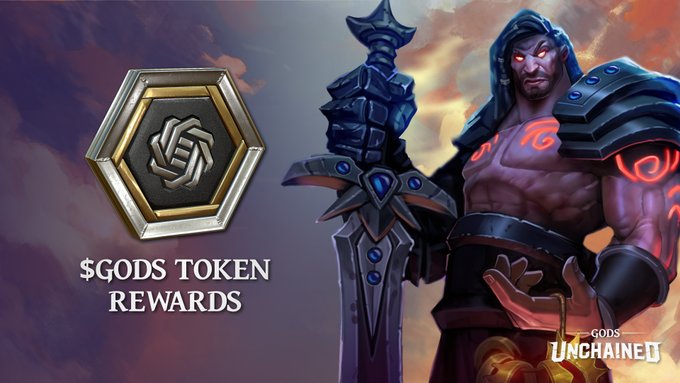