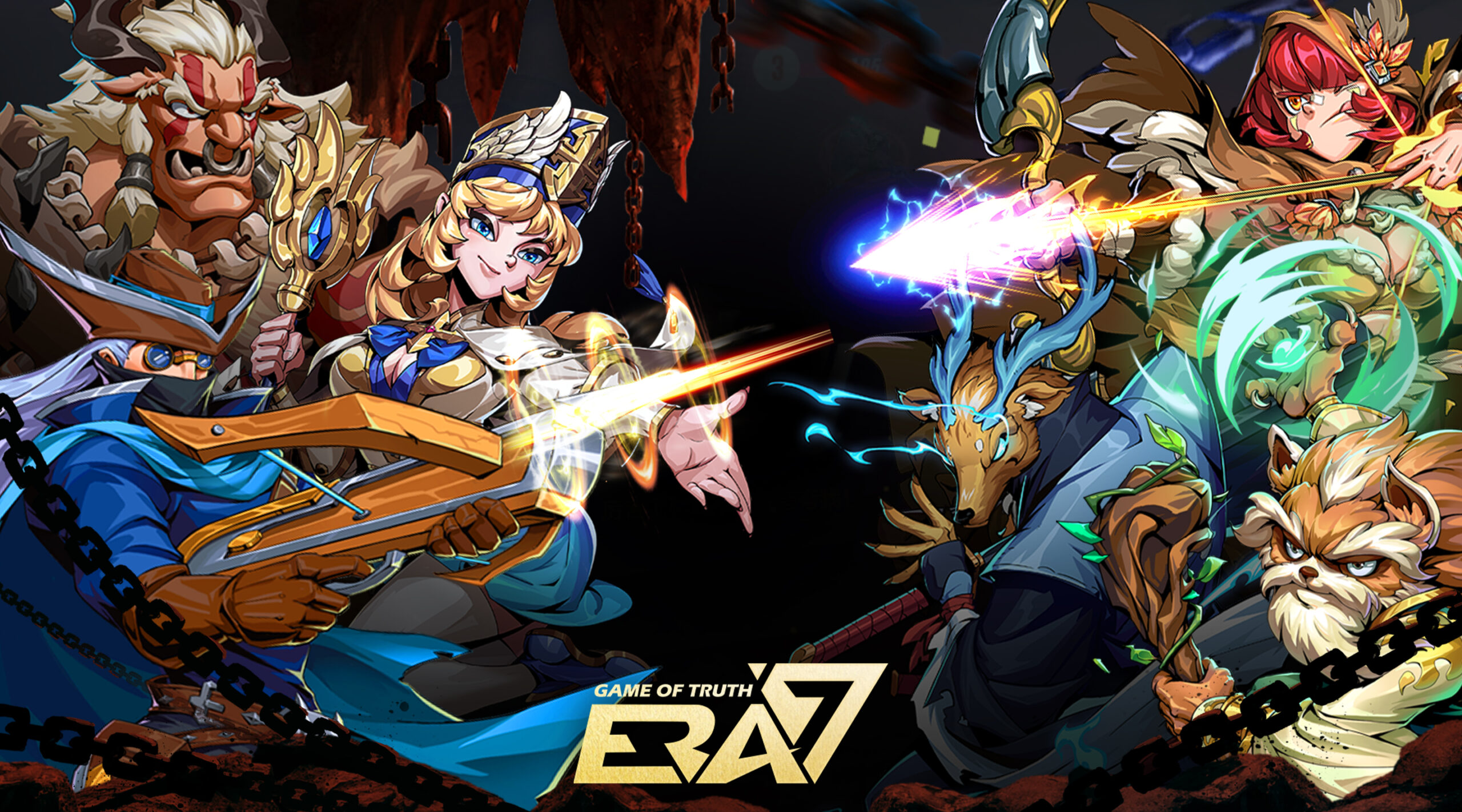 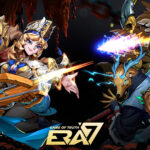 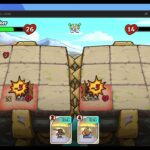 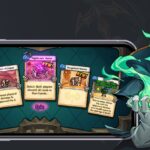 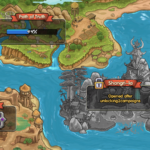 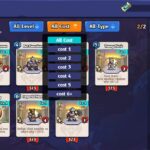 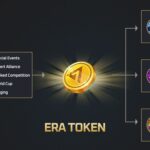 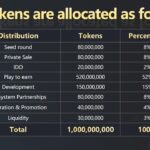 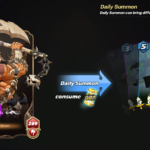 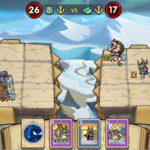 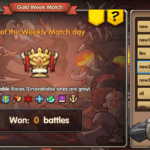 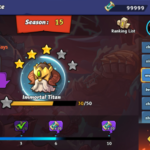 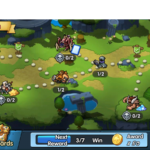 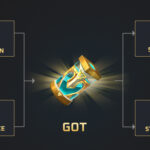 what is era7: game of truth

ERA7: Game of Truth is an innovative NFT-based competitive game based on TCG (Trading Card Game) concepts, with its creative essence coming from Hearthstone and Magic The Gathering R&D. Standing on the shoulders of giants, the ERA7 team aims to bring innovation even further with the development of its GameFi product. It offers the perfect combination of traditional gaming and decentralized finance (DeFi) to gamers, bringing an entertaining gaming experience while providing an avenue to earn. The game launched in Q1 of 2022 and is taking the global NFT GameFi market by storm.

The game contains 1,000 different cards, each having different values ​​and attributes, bringing players a variety of card combination strategies. A lightly competitive 3-minute game can provide gamers with endless imagination and fun, thanks to the unlimited changes in strategy. Players can trade in the game. No matter you are a pro or a rookie, no matter you invest a lot or little, you will still have the opportunity to win revenue.

At the start of your gameplay, the initial card launch will offer four different qualities of the Era7 card. The two main types of cards are Master cards and Battle cards, as they are high-value NFTs. In addition, these cards also have appreciative power which means they dynamically change as you progress.

Master cards are used by players to summon new cards and go on battles to earn Era7 tokens in rewards. Out of the total number of cards in Era7, players need a minimum of 30 Battle cards to take part in a fight.

Each unsealing can open up an opportunity to summon 10 NFT Battle cards, while also determining its attributes.

Above we’ve covered Era7’s cards and the core concept of Summoning. Synthesizing on the other hand is the combination of two Battle cards to create a Battle card of higher rarity. Synthesizing requires players to use GOT and ERA tokens, the in-game cryptocurrencies of Era7. Battle Cards that are synthesized will have a higher defence and attack power, more mining power as well a higher market value for trading.

Each battle in Era7’s metaverse happens in a 9:9 square ring. Before commencing the fight, players are required to draw cards from the initial deck of 30 cards. When a player’s HP drops to zero, the player loses and the opponent claims victory.

Era7 offers both player vs environment (PvE) and player vs player (PvP) gaming modes. In the latter, a player is matched with other players and earns $GOT tokens when they win.

The most simple way to earn in Era7 is by winning battles. Each win is rewarded with $GOT tokens. The more you play, the higher your in-game level becomes. High-ranked players ultimately win more $GOT tokens than other players. In addition, if you’re not using your NFT cards, you can stake them and get paid in ‘rent’. Players can also trade or sell their cards to others and receive a significant amount of money.

All earnings from selling NFTs, or collecting $GOT tokens can be exchanged for real-world currency through various decentralized exchanges (DEX).

Make sure you hold enough Game ERA Token before you walk into the Tavern and start meeting other Era7 Adventurers You will need to place a bet with Game ERA Token to start a battle.

The winner gets double the bet amount, calculated by deducting a 5% of Battle Tax, while the Loser loses their bet.
If you are lucky enough to battle in a Lucky Bonus Room or Lucky Jackpot Room generated randomly, the winner will be rewarded with a surprise bonus!

In the future, across the vast expanse that is the Era7 metaverse, players will encounter an endless amount of land upon which they will be able to build and operate their own homes. Players can use various resources and processing materials found in the game to upgrade their own lands. In addition, the owner of a plot of land can find his or her location on the world map. Using the Era7 cards in his or her home to explore the world map can also be a good way of obtaining Era tokens.

Players also have a certain probability of obtaining Era tokens through the land itself.

This is a unique feature of The Game of Truth, and sets the game apart from similar platforms within GameFi; players have land development rights while landowners will receive abundant resources and subsidies. This is the working direction that the project party shall focus on in the future.

The campaign is the second PvE mode in Era7. You can unlock it when you reach Lv. 3 in Quick Match. There are 216 battles in a total of 72 stages, which also means that there are three battles and three rewards in each stage. The rewards in the Campaign include non-NFT Battle Cards, GOT, medals, etc.

The play-to-earn model created by Era7 has a well-reviewed reward system and earning methods for players. Apart from in-game incentives and mechanisms, there is a referral program in place that also offers earning perks. As the name suggests, players earn when they invite their friends or share the game with them.

You can get two kinds of rewards when your friends complete the task (registering an Era7 account and claiming Game GOT Token from the game.). ERA Token Reward: Get 20 ERA Tokens for every invited friend who completes the task. GOT Reward: Every time when your invited friend claims Game GOT to their wallet, you get a 5% commission based on the number of Game GOT they claim.

conclusion
Era7: Game of Truth is for card lovers and those who want to learn and explore card games. The in-game characters are NFT cards with exchangeable monetary value. Players get rewards in Era7 tokens. ERA and GOT are cryptocurrencies exchanged on DEXes or CEXes for USDT.

The storyline is fascinating. The gameplay combines the fun in playing cards and going on battles with them. The seven races from different continents are all in the quest for the King of Truth title; it is an honor that glorifies both the player and their race.

The team is still early in their roadmap, a time to join if satisfied with the ecosystem’s mode of operation.
the good
Healthy Ingame Economy
Only 46 Days ROI
Binance Smart Chain (BSC)
the bad
Lack of Marketing
Addictive Gameplay
8.7